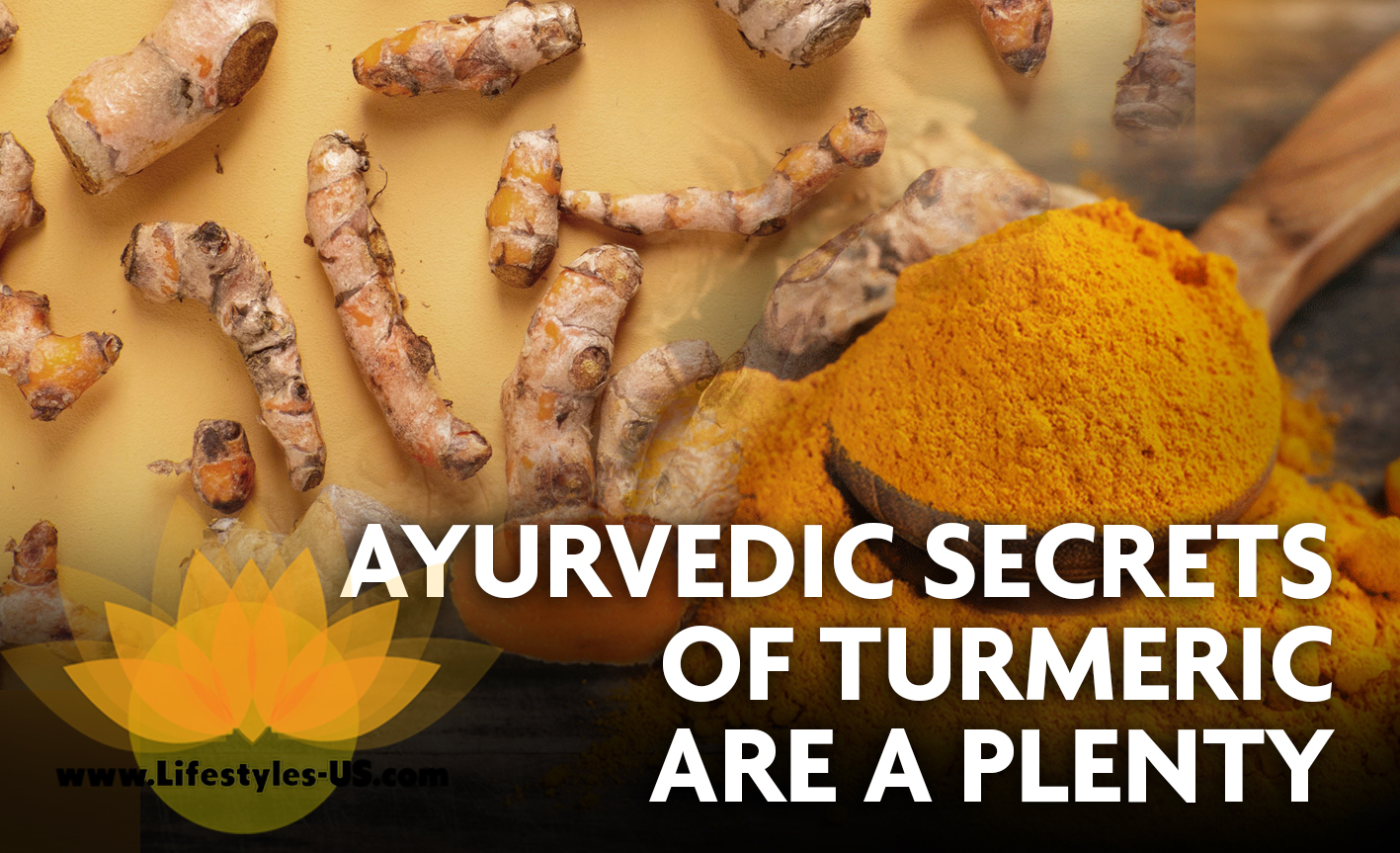 Ayurvedic secrets of turmeric are a plenty

There are many Ayurvedic secrets of turmeric. From ancient times, before they knew the names of various viruses, people in the East used turmeric to ward off sicknesses. Even today, it is the practice among those in South Asia, to wash their bodies and even houses and other buildings with turmeric water because it acts as a disinfectant. Ayurvedic secrets of turmeric are passed down from generation to generation.  Let’s take a look at some.

Turmeric is a root plant in the ginger family. And, its botanical name is Curcuma longa. The origins of this plant is in Asia. Also, this is a herb widely used in countries such as India and Sri Lanka. Scientists believe it contains many healing properties. Its health benefits are a plenty. It is proven to be anti-microbial. And, it has many anti-inflammatory properties. Also, it is anti-cancerous.

Turmeric has many antibacterial, antifungal, and antiviral properties. Many cultures in South Asia use turmeric powder dissolved in water as a disinfectant. It does not contain any harmful chemicals. Therefore, can be used it around children.

Small children, including newborns, are bathed after applying a thick paste of turmeric and sandalwood powder infused with sesame oil, on to their skin. Ayurveda dictates that this paste can get rid of any germs, both bacterial and viral, and can keep babies healthy. It also gives a golden glow to the babies’ skin.

Turmeric water is sprayed on all surfaces in houses, business places and even vehicles, to kill off germs.

In the ancient past, people didn’t have names for viral diseases. Viral infections such as chicken pox, mumps and measles were treated as mysterious sicknesses. The main reason was, people had no idea how it spread. And, they disappear after two or three weeks.

During such sicknesses, people practiced social distancing. The sick people were bathed in turmeric water. And, turmeric paste was applied on their bodies. Also, when the sicknesses went away, they washed their houses, clothes and other belongings in turmeric water. This is because believed in the miraculous anti-viral medicinal properties of turmeric.

Use in Asian cuisine

There are many more Ayurvedic secrets of turmeric. And, this includes, it’s use as a spice in Asian cuisine. Turmeric is a staple spice. It adds color and taste to any dish. All the vegetable curry dishes use turmeric. It gives the dishes a beautiful yellow hue.

The shade of yellow changes depending on the amount of turmeric used in a curry. In Sri Lanka, for example, all curries don’t look alike. Some curries with a lot of gravy uses only a pinch of turmeric. Then, a pumpkin curry or a jackfruit curry can use a little bit more turmeric to highlight their golden color.

Turmeric not only adds color to a dish. It also enhances taste and aroma. But, most of all, it also acts as an agent to disinfectant the food. And, it also kills various toxins in the food. There are many anti-oxidant properties in turmeric. This is why turmeric tea is taking over the world now.